Get fresh music recommendations delivered to your inbox every Friday.
We've updated our Terms of Use. You can review the changes here.

This Is Not a Time Machine

by The VAM Commanders 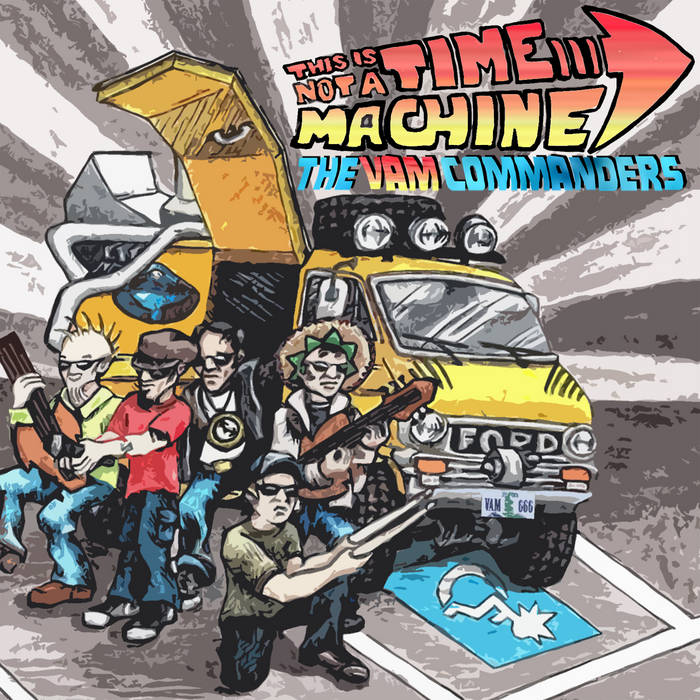 Back to the Future
The VAM Commanders broke up in 1999. Then again in 2000 and 2001, and who knows how many times after that. But feeding us enough drinks always makes a reunion show, or a tour, or a new album seem like a great idea. And it’s all fun and games, until our guitar player jumps off the stage and tears his ACL, like happened in 2011’s reunion, or we nearly come to blows like happened in 2012’s recording session, or our drummer moves to Japan like happened in 2006. Why do we persist? Like the great philosophy student once said: “why not?” But there is still one central problem, the one that all reunions face: we’re not the people we were back then, and hopefully, neither are our fans. Like the album title states, This is Not a Time Machine. We may be getting the band back together, but we don’t intend to bring back the glory days; instead, we hope the reunion will celebrate the exciting days ahead. VAM may have been the soundtrack to your youth (which if so, sorry!), but we think this new album can be the soundtrack back to your future (pun intended)! Hope you like it. And if you don’t, eat a dick.